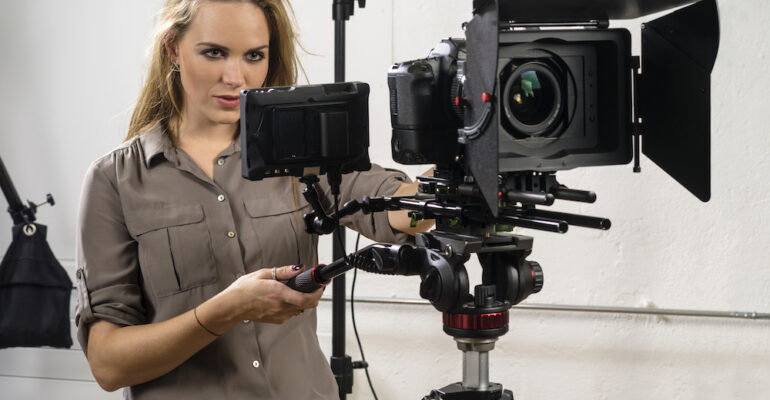 Where do we go for craft and skill? A lot of people look to film schools — what I call “old-school film school.” But as someone who has done more than 30 films, I can tell you unequivocally that old-school film school won’t teach you what you need to have a creative career. All of my colleagues in the industry feel the same way.

Why? Because there are five crucial things film school won’t teach you, and they are the essentials for your career.

The Power of Collaboration

No project is made by a one-person-band, but because of hierarchies, cultural structures, and academic norms, traditional film school can’t create a truly collaborative environment. Also, because it’s not easy to do, and it doesn’t fit into a traditional semester and class-period system. Great collaboration is rare, and once you find what works for you and collaborators you’re in sync with, you’ll want to keep it that way.

The Prize of Failure

We learn more from “failing” than from “success.” I put those words in quotes because failure is a great prize. Old-school film school isn’t structured that way. In school, you try to get an A. In fact, a lot of schools put students in competition with each other by grading on a curve, which means that even if everyone does “A work,” only a fixed percentage of people in the class can get an A.

That’s not fair, and it’s also wrong in a practical sense. Because learning comes from failures. I’ve been fortunate to get 34 movies made; how’d I do it? I tried to make 340. I “failed” 90% of the time. And with every “failure,” I learned something, re-engineered my approach, and went back into the field. Fail fast, fail often — that’s the Learner’s Mantra. The key is to keep doing it.

The Economics of Career

Unless you’re a member of the one-percent, you want your creative career to pay the rent, buy groceries, and give you a financially stable life. Traditional film school gets an F in teaching you how to do that. In addition to costing $100,000-$200,000 (that’s not a typo), and probably burdening you with student loans that will take decades to pay off, these schools actually reduce your ability to be hired because they don’t reveal how media industries really operate.

For that, you need access to experiences and working professionals who care about sharing. Surprise: there are a lot of us. Pretty much no one was born into this business. We all got here because we desired it and got help along the way from people already advanced in their careers. It’s a giving industry, and we love to give — that’s one of the reasons MediaU is so appealing to professionals who want to pull back the curtain on how to achieve a viable creative career.

The Beauty of Savage Truth

In addition to up to $200,000 in student debt what does old-school film school give you? A diploma. A diploma signifies that you’re done.

But in film and media work, we are never done. We are always leaning, changing, innovating, developing new technologies, new approaches to storytelling, to reaching our audiences, to collaborating in grand creative ways. When we stop learning, we die. (or at least, our projects stop being interesting.)

Where From Here? Doing By Doing

Where can you learn these essentials? By practicing them. How do you practice? By adopting a life of “doing by doing.” That’s a phrase coined by the great performance artist Rachel Rosenthal. Her workshops was filled with games, props, and tools, and she facilitated a process that led to participants expressing creativity they didn’t even know they had.

The same philosophy motivates our approach at MediaU. We facilitate tools and learnings from award-winning working professionals who care about doing by doing. Our newest course, How to Budget and Raise Money Like a Pro gives you the experts’ secret playbooks on how they figure out how much their film and media projects will cost, how they raise funds and other resources, and provides you with checklists and templates so you can do it yourself. . . By doing it!

What’s the Least Expensive Way to Give Your Film Style?