MediaU Partners with the Best of the Best.

The MediaU team is proud to partner with some of the most creative minds and most reputable companies in their fields. Read more about our partners and the expertise they bring to the table in creating the MediaU experience.

Catalyst exists to accelerate the literary and visual arts by generating long-term professional career opportunities for storytelling artists. We engage, develop, and advance the voices and careers of creatives through our year-round institute's educational programming, network of industry professionals, and annual content festival in Duluth, Minnesota, a global showcase of the world's newest stories. Building relationships is the key to our industry and Catalyst is the doorway.

Chaotic Neutral Entertainment is a boutique, LA-based company that develops and produces TV and other creative content; invests in various creative projects and start-up entities; and provides consulting services to a range of clients from corporate to creative, both US and international.

Expect to be brought to a deeper understanding of your own creative process. The Creativity Conference is an annual pilgrimage for creative minds of all kinds, whether you are a business leader, performance poet, or photographer.
Find out more @thecreativityconference and at www.creativityconference.is

Cultural Daily is a free platform for independent voices, offering perspectives that move beyond the safety of our borders.

Join the Decentralized Pictures (DCP) community and win financing for your film(s) today! DCP is the world's first 501(c)3 blockchain-based democratically selected film fund. This means that whether your film gets financed isn't decided by independent financiers or studio executives who just want known IP and talent. At DCP, the community selects the winning projects. Submit your project to DCP today.  A script, treatment, selfie pitch video, synopsis, sizzle reel, a scene... anything you want to put your best foot forward! Now's your chance to pitch your project to an open-minded audience who is hungry for fresh and original content!

Through our relationships with the Hollywood and international media communities, we provide cost-effective, world-class services to advance your project.

Born with the intent to innovate, enrich and expand the versatile Saudi cultural heritage, FILAMA is a 360 degrees entertainment company.

Filmocracy is a streaming platform that gives first look access to exclusive films from festivals around the world. We support the undiscovered artists who are trailblazing independent cinema. Discover new films, network with the industry, and experience the independent spirit of Filmocracy.

Independent Film Alliance Chicago is a non-profit organization that provides the community and resources needed to build a diverse and sustainable industry of independent content creators.

Korn Ferry is a global organizational consulting firm. We work with our clients to design optimal organization structures, roles, and responsibilities. We help them hire the right people and advise them on how to reward and motivate their workforce while developing professionals as they navigate and advance their careers. 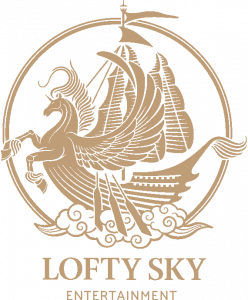 From feature films to podcasts and diversity consultancies, Mini Mach Media is a multicultural studio committed to empowering talent and enabling creative changes for a broader appeal to content. Mini Mach Media offers a new, cost-effective way of doing business in a media world that is changing right in front of our eyes.

Nòt Film Fest is a community based international film festival dedicated to thought provoking independent films and creating opportunities for their filmmakers. Our mission has been honored throughout the festival's past editions in Santarcangelo di Romagna (Italy) , a small village nested in the hills by the Adriatic coast near Federico Fellini’s hometown Rimini. Here up-and-coming writers, directors and producers, alongside seasoned veterans and film lovers, converge for the weeklong celebration of independent cinema, making Nòt Film Fest a great place to discover the next, great, visionary films.

PhilmCo is a media company that leads at the intersection of storytelling and social impact through a slate of projects that entertain, while engineered from inception to compel sustained, measurable change.

Random Media is global entertainment and media distribution company that acquires films and distributes them to dozens of platforms around the world.

Through investments in cinema, television, stage productions, books, apps and a monthly magazine, Soulidifly Productions is changing the narrative in media one story at a time.

Toldright bridges the gap between businesses and world-class video production with their network of elite creative professionals including some of the industry’s top graphic designers and animators.