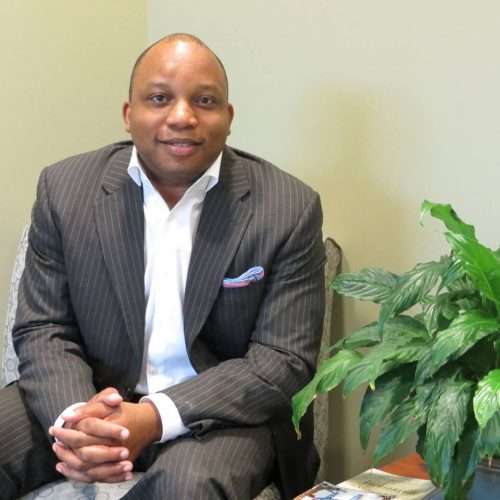 Jude Chidi Ogene (“Chidi”) is the founder and chief executive officer of Charles Winnsboro Corporation, a consulting and advisory firm with a focus on sub-Saharan Africa and the African diaspora. The company’s main areas of expertise are corporate finance, infrastructure development, and higher education.

Before forming Charles Winnsboro, Chidi served in senior leadership roles with InfiLaw Corporation, a higher education management company sponsored by Sterling Partners. He joined InfiLaw in 2010 as its first General Counsel and led the transactional and regulatory aspects of over $300 million in follow-on investments in the company by private equity firms. Between 2013 and 2017, he took up operating roles with the company’s schools, serving as the Interim Dean of one school and as the President of another. He introduced several reforms at both schools, including establishing an online certificate program in regulatory compliance that doubled revenue on a year over year basis. He returned to the General Counsel role in 2017, where he worked to convert the company’s schools to non-profit institutions and restructure the company.

Prior to joining InfiLaw, Chidi practiced corporate and transactional law with law firms in New York and Washington DC. He began his legal career with Sullivan & Cromwell after graduating from Georgetown University with a combined Juris Doctor/Master of Business Administration. In addition to his degrees from Georgetown, Chidi has an LL.B. from the University of Nigeria and a B.L. from the Nigerian Law School.

Chidi is passionate about workforce development and lifelong learning. He has a green belt certificate in lean six sigma and recently completed his coursework for a certificate in blockchain strategy from Oxford University. His particular interest is in exploring how blockchain and other emerging technologies can democratize access to education, finance, and other competencies critical to personal and societal development.

Outside of his professional endeavors, Chidi volunteers with a number of pro bono organizations. He serves as the vice-chairman of the Board and General Counsel of AIDE Africa, an organization dedicated to the development of the African continent with initiatives in healthcare, agriculture, and renewable energy. He is the Chairman of the Board of AFGCEAA Corp., a 501(c)(3) public charity formed for the benefit of current students and alumni of Federal Government College Enugu (his alma mater). He is also a Trustee of the Great Alpha Foundation, a 501(c)(3) private foundation that provides financial and other assistance to the less privileged.

Aside from his wife and three children, music and movies are the loves of Chidi’s life. A birthday gift of three DVDs in 1999 (Saving Private Ryan, The Blair Witch Project, and The Matrix) started him on a quest to hear and see movies exactly the way the director intended. The quest is never-ending, but software and hardware advances have brought him much closer than he ever believed possible. And just like the Don Cheadle character from Boogie Nights, Chidi dreams of opening an audio/video store one day.