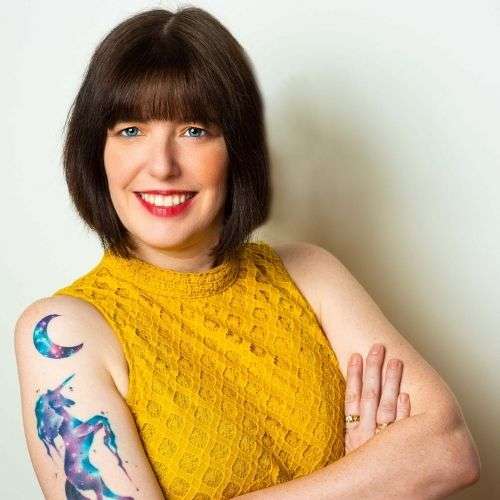 Katherine MacDonald is the former Senior Vice President at Paramount Animation. There she oversaw all marketing needs for the animation group as well as a slate of films in active development and production including Under the Boardwalk. She is a seasoned executive with experience in both domestic and international marketing, having worked on films ranging from global tentpoles to indie releases.

She has worked on a broad slate of movies including Star Trek, Mission Impossible, Transformers, World War Z, The Saw franchise, Paranormal Activity, SpongeBob, The Big Short and Selma. She holds a BA in Film Production from the University of Wisconsin at Milwaukee and an MFA in Screenwriting from the University of California – Riverside. She has worked in marketing at New Line Cinema, Lionsgate, MGM, Nielsen International and Paramount Pictures. She started her career in exhibition with Marcus theatres. Katherine also co-authored a book with Russell Schwartz, The Marketing Edge for Filmmakers: Developing a Marketing Mindset.