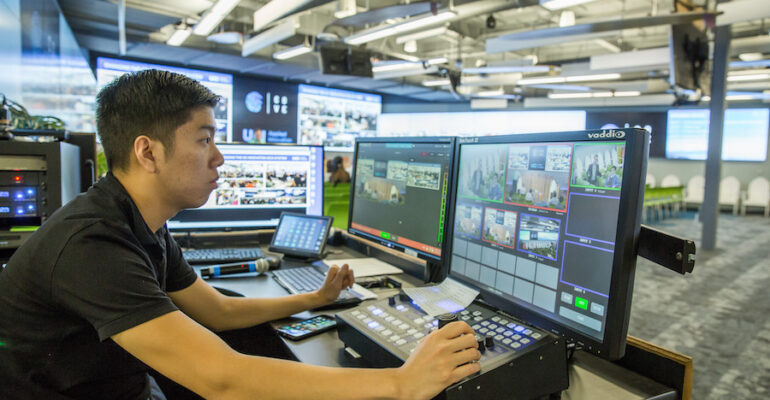 You’ve just finished your first day of shooting. It went great! Both cameras were working, you pulled off 20 set-ups, and you made your day. You download your memory cards on your main drive, then back it up on your second drive. You’re ready for tomorrow.

Now, it’s one month later. You’re ready to edit your masterpiece. You decide you’re to start with that great close-up of your principal actor, the one you shot on the great first day. You open up your drive, and you see:

Arrrrgggghhh! What are you going to do? Open every one of those looking for what you want? That’s going to take hours!

Instead, there’s a trick professional editors use to save time, a trick that allows them to go right to the shot they want when they want it.

It’s called “naming conventions” or “file naming,” and all it means is that you name your files as you shoot or download them in a way that will help you find them later.

How to do file naming

There is no one right way to do file naming. The best way is the way you will understand and that makes sense for your project.

For example, you could name your files by Date You Shot or by Scene Number. Either one works. Which one will work best for you?

You can also include other information in your file name, such as:

If you include good keywords in your file name, you’ll be able to search for the shot you want most easily. As an example, if you shot a CU of your main character Sarah, your file name might look like this:

How not to do file naming

There are also a few tricks in what to avoid, mainly because certain editing systems read symbols and characters in different ways. In order to make sure that every system can read your files, do not use:

… because some systems will misread those marks, or won’t be able to read them at all.

With this pro editor’s trick, you’ll be able to concentrate on your creative process, not looking for shots and files in a jumble of files.

What’s the Least Expensive Way to Give Your Film Style?